Smart sensor, also known as intelligent or semantic sensors, is an approaching element of the Internet of Things (IoT)and have become a substantial component in numerous applications. A smart sensor is a device made up of embedded algorithms, a digital interface and a sensor with signal conditioning. It can be defined as the sensor with limited memory and standardized physical connection to authorize the communication with data network and processor. These sensors speak for the major advancement over the conventional sensors, as they facilitate the automated accumulation of the physical environment’s information, with a significantly reduced error rate. In present times, smart sensors are highly adopted, owing to the wider utility in several applications such as diminishing the data communication flow, power consumption of the system, simplifying the development of applications, providing digital data as well as expected information being its capability to detect such simple information with values pre-set by the device manufacturer. Moreover, considering favorable demand, regulations and encouragement from governments across the world, manufacturing companies are projected to invest, resulting in the accelerated growth of the global smart sensors market. Factors Supporting the Global Smart Sensors Market Growth In recent advancements, smart sensors have got the spotlight on it seeing its invincible potential, significance and wide range of application areas. As smart sensor technology is evolving, it is viable to predict the future by using a Smart environment which was impractical in the past. The immense interest shown by consumers as well as governments, globally, has propelled the growth of the global market. The current global smart sensors market is in the developing stage, projected to register massive growth in the near future attributed to the growing demand of smartphones, smart automobiles and other smart electronic devices, promoting the utility of smart sensors. Moreover, the development of smart cities, boosting the interest of society in IoT and augmented security measures is also contributing in the growth of the escalation of the global smart sensors market. Furthermore, the wide range of areas of applications of smart sensors is also propelling the global market growth. For instance, smart sensors serve utility in natural disaster monitoring system by giving information about affected situation, it can be utilized as environmental monitoring system, in order to utilize it in collecting information from any geographical area by which even minute variations in the environment can be calculated, also it can serve utility as traffic monitoring and controlling system as it is equipped with intelligent sensing features. Likewise, smart sensors can be used in transport and logistics, industrial and agricultural and animal tracking applications. According to the latest development in the global smart sensors market , it is having a much broader range of applications such as smart lighting in smart cities, smartphone detection by Wifi and Bluetooth activity, 3G connectivity to Wifi and Bluetooth sensors, e-health sensors for performing medical applications. Market Segmentation The global smart sensors market has been segmented on the basis of type into Flow Sensor, Humidity Sensor, Position Sensor, Pressure Sensor, Temperature Sensor, and Other Types. Then, the market is segmented on the basis of technology into MEMS, CMOS, Optical Spectroscopy and Other Technologies. Likewise, the global market is further divided on the basis of component into Analog-to-Digital Converter, Digital-to-Analog Converter, Amplifier, and other components. Furthermore, the market is bifurcated on the basis of application into Aerospace and Defense, Automotive and Transportation, Healthcare, Industrial Automation, Building Automation, Consumer Electronics, and Other Applications. The geographical analysis of the smart sensors market is studied for North America, Latin America, Middle East, Asia-Pacific, Africa and Europe. Some of the key participating players of the global smart sensors market are ABB Ltd., Honeywell International, Analog devices Inc., Siemens AG, General Electric, Eaton Corp., Emerson Process Management, Renesas Electronics, Infineon Technologies AG, Yokogawa Electric Corp. and others. 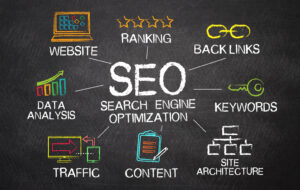 Few Ways to Use SEO For Your Brand Awareness

It is possible to combine SEO and brand awareness. Although SEO is primarily used to create organic traffic, it also helps to enhance brand recognition and strengthens branding. Now learn how to use SEO for increasing brand awareness and also how to assess its performance. What is the goal of a search engine optimization strategy? […]

How to Create Google Form

Google Forms are a full-fledged tool that comes with your Google account. You can add standard question types, drag and drop questions in the order you like, customize the form with simple photo or color themes, and gather responses in forms or save them to a Google Sheets spreadsheet. Google forms are great to conduct […]

Is NetSuite Implementation A Risk? Find How Advancing Businesses Are Evading It

For many years, businesses pursuing extensive expansion and substantial business profits have been adopting NetSuite ERP implementation. And, almost all kinds of them do come with some known risks. Studies say that expecting a successful implementation without risk is implausible. However, with the availability of pre-existing functionality, enterprises can reduce risk and improve performance as […]